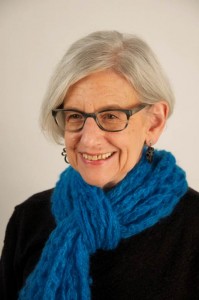 Professor Harriet F. Senie’s chief areas of research are public art, memorials, memory, and material culture. She is Professor of Art History at City College of New York. In Fall 2000 Prof. Senie was appointed Visiting Distinguished Professor at Carnegie Mellon University. She previously served as Associate Director of the Princeton Art Museum and Gallery Director at SUNY, Old Westbury. In 2008, with Professor Cher Krause Knight, she co-founded Public Art Dialogue, an international organization that is also a College Art Association (CAA) affiliate. The journal, Public Art Dialogue, that she co-edited with Prof. Knight, has appeared twice annually since 2011 and is the only peer-reviewed publication devoted to public art. She has served on the Mayoral Advisory Commission on City Art, Monuments, and Markers; the She Built NYC advisory panel; and was recently appointed to the Task Force on Monuments, Statues, Public Art and Historical Markers by the New York City Council.

Read an interview with Harriet